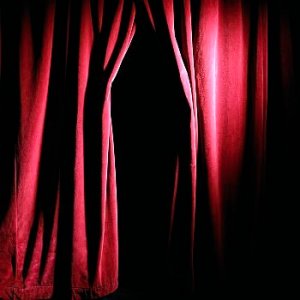 Before our son was born, my wife and I were very active in community theatre.

Heck, that’s even how we met, both cast in the same show many, many moons ago. We were both, whether separately or together, in usually two shows a year, but devoting a lot of our time to the theatre where we met in other ways – working on sets for other shows, helping directors with auditions, clean-up days. We both even served on the theatre board in different capacities over the course of several years as well.

I have seen that place in so many ways – as a refuge for those in need of a place to fit in, a historical heritage carried on by one successive generation after the next, a source of frustration (mostly during some of my time on the theatre board, which at times felt like a second job with the amount of time spent there), and as a social hub.

Most of all, though, it was a tradition, a sense of history. The particular theatre where my wife and I met was formed in the 1920s and has continuously put on multiple shows a year ever since. To walk through its rooms, hand-made posters dating back almost a century hanging on its walls, you can’t help but feel a sense of history as you stand there. When I would see a poster from a show Meg and I were in I’d think, ‘we’re a part of that history now.’ It’s a pretty darn neat thing.

We were actually in rehearsals for a show the night Meg found out she was pregnant. I came home to find her unique method of letting the cat out of the bag (notes with clues, tied to the collars of our actual cats) and we didn’t have much time before having to race out of the house to rehearsals for Arsenic and Old Lace, this completely new world of impending parenthood freshly dropped into our brains.

We had spent the better part of our lives on stage in some role or another, be it at that theatre or elsewhere. Soon after we found out we were expecting, though, we realized, this was not going to work as-is. So, as much as we loved it, we decided it was time to dim the lights on our theatre participation, at least until the little guy is old enough to come with us, or heck, possibly join us on stage if he wants.

It wasn’t easy. When something has been such a large part of your life, it’s hard to suddenly not have a show to be rehearsing for or not go to those monthly meetings and see everyone. At first it was weird, now it’s become even weirder to think about trying to get back into it at some point.

A lot of people will ask us “are you doing any theatre?” or “are you coming back to the theatre anytime soon?”

The real answer is, we don’t know. I’m sure we’d have fun. It’s in our blood. Heck, it seems to be in our little guy’s blood even at the age of one. Who knows, maybe we’ll get him up on stage one day and we’ll be a family of performers.

It’s one of those things, though, that I think only time will tell. I mean, come on, all theatre people, deep in their hearts, no matter how much they say they’re done, are just waiting for that right script or show for the “comeback performance.”

In the meantime, my stock answer for people is always “well, he’s our big production at the moment.”