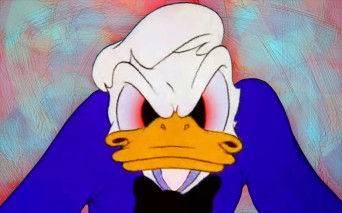 I lost my temper this weekend.

Our kids were being especially challenging. Refusing to eat any food option for dinner, nearly hitting the baby with their feet/legs from constant rolling around/gymnastics across the living room, and an answer for absolutely everything to counter any suggestion mom and dad may have.

At one point, a small glimmer of hope as we tried to get dinner ready. One of our daughters took it upon herself to play waitress, going around and asking everyone, pen in hand, what everyone wanted. It kept her busy, she was enjoying it and it gave us the time Meg and I needed to try and just get something done in the kitchen.

Until she asked her big brother what he would like to eat.

She tried again to take his ‘order.’

One more time to nothing and I finally shouted from the kitchen, “Can you please answer her?!”

“I don’t want anything to eat!” he angrily shouted back.

“It’s just pretend!” I retorted. “Just pretend what you want to eat!”

Upside down in a half somersault, half cartwheel, he angrily yelled “I don’t know how to pretend.”

Sidenote: this is a blatant lie, as he’s constantly creating stories on paper, making creations from the great beyond with LEGOs and often overheard with elaborate action figure set ups and scenarios from his bedroom.

I was frustrated. I was angry. Then Meg intervened telling not just he, but I too, that a time out was needed. So we went to our respective rooms to cool off. Which was needed. By both of us – the seven year old AND the 39 year old. 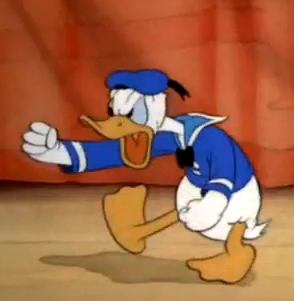 The kids aren’t the only ones who can head down that slippery slope of things that can’t be taken back. It’s incredibly easy for all of us, adults included, to fall down that incline and be forced to live with what comes out on the way down. I’m very appreciative for the foresight my wife had to know he and I were both heading down that slope and needed to it pause and clear our heads. Incredibly grateful.

A few minutes later, as I sat in a room reflecting on my reaction, there was a knock at the door. In he came, giving me a big hug and telling me he was sorry. We both sat down on the bed and I told him I was sorry too. I shouldn’t have gotten as angry as I did. I shouldn’t have said the things I did. It wasn’t right. I was frustrated, but it didn’t make it right. He tried to take the blame “It’s my fault, Daddy.” and I was quick to correct him that it wasn’t. It was mine.

No matter how frustrated he or I may get it, it doesn’t give us the right to become that angry and talk the way we did to each other. The only one who can control what I say, how angry I get, and the words I use to react with, is me. The same goes for him. I made sure to tell him that. I was frustrated, because he was being a bit of a jerk to his sister, but that still didn’t warrant my reaction. Again, I apologized, and we tried to start anew, a lesson hopefully learned.

In both my younger days, as well as my younger parent days (wide-eyed, idealistic, and looking at what parenthood would be like very differently than how parenthood truly is) I just pictured a sit down, talk ala any 50s-80s family sitcom (or 30s-40s Andy Hardy movie) where parent knows exactly what to say to quell the problem, teach the lesson, and save the day.

Life isn’t like that. I rarely know what to say in the moment and find myself in a state of improvisation, trying to piece together the balance of rationale and words to try and explain what went wrong and how we can make make it better. It’s never the perfect on-screen moment I picture in my naive youth.

But honestly, it’s something. Even if we parents are just making it up as we go each day, running from one fire to the next, if we’re trying, if we’re doing our best, letting ourselves learn from our mistakes, and admitting that we too are capable of mistakes, then maybe we might just succeed in raising these little folks to become good people.

We’re not perfect. Maybe we don’t need to be. We’re just flawed humans like everybody else, trying to evolve, to grow, to become better people. And maybe being willing to admit that to our kids can help them grow too.