Can you tell me how to get…how to get to Sesame Street?

I think you’d be hard-pressed to find anyone in this world who can’t tell you where on dial (okay, even if there are no dials anymore) to find that famous neighborhood where sunny days sweep the clouds away.

I personally have a hard time thinking of any other children’s television program that has consistency come into the homes of families as long as Sesame Street has, talking directly to their audience and guiding them through the essentials of childhood learning, from ABCs and 123s, colors and patterns, and just plain being good people.

The show has left five decades worth of legacy behind as of this writing. Five decades. It is incredible to stop and think about how many childhoods that encompasses, that have been touched and impacted by this product of the Children’s Television Workshop, now known as Sesame Workshop.

So it was with great joy that our family gathered around the television a few weeks back to watch Sesame Street’s 50th Anniversary Special on PBS Kids. For us, it was a family event. I even made popcorn.

The look-back celebration didn’t disappoint. With songs and clips from throughout the shows storied history, it was a trip down nostalgia lane with Muppets last seen long ago reappearing in various cameos (looking at you, Amazing Mumford, Roosevelt Franklin, Sherlock Hemlock, Harvey Kneeslapper, and Guy Smiley, among so many others).

Even the Baker who famously dropped his plate of whatever it would be at the time, re-emerged, most of his face cleverly hidden by pies, but his voice still provided thanks to a recording from the late, great Jim Henson. “Ten…banana cream…pies!!!!” **tumble** **crash**

And much to my delight, even Kermit the Frog re-emerged for a visit back to Sesame Street, as let’s not forget Kermit was once a regular on the Street back in the day. 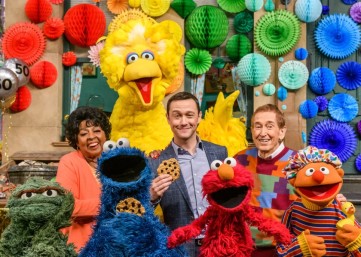 And the humans. Sigh. It just wouldn’t have been a Sesame Street anniversary without a check-in of the human cast members from days gone by. Maria, Gordon, Susan, Luis, Bob, even Linda were all back to join in the fun with a few lines and songs that would make even the most curmudgeonly viewers feel like a kid again. I beamed.

All that in itself would have been enough, but they did even better by having a few performers on the special’s back end to talk about what the show meant to them personally. I was especially touched by the words of Jason Schwartzman, who talked about what the introduction of the character Julia meant to his family.

I can’t think of Sesame Street without thinking of the episode that stayed with me my entire life. Sure, there were songs, and characters and skits that were memorable. And yes, long before I had been working in the world of journalism as a reporter, toddler-aged me used to sit in our apartment using a paper lunch bag to make a trench coat for my stuffed Kermit the Frog so he could be “Kermit the Frog, reporting live from Sesame Street.” 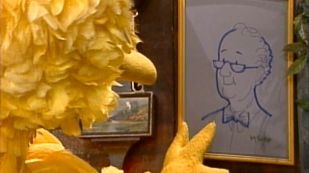 But what struck me the most throughout the years, no matter how old I got, was the episode that dealt with the death of actor Will Lee, who played Mr. Hooper. The episode first aired in 1982, and my memory can’t distinguish if I had seen it then (I would have been 2 at the time) or as a rerun a year or so after that. But it’s the one that I’ll never forget. It was my first understanding of death, just like Big Bird, and an emotional impact that stays with me to this day.

It’s part of why we all wish we could live on a street like Sesame.