It was a lyric that turned the catchy earworm of a song, “Everything is Awesome,” from the first installment of The Lego Movie on its ear in a dramatic turn in philosophy.

Things can’t be awesome all of the time

It’s not a realistic expectation

But that doesn’t mean we shouldn’t try

To make everything awesome

In a less likely, unrealistic kind of way

We should maybe aim for not bad

‘Cause not bad, well that would be real great

Like many movies out there, we’re late to the game in catching up. We don’t watch a lot of new movies and tend to stick to whatever might be family-friendly and streaming on Netflix at the time, or something out of our DVD collection. But we rented both of the Lego Movies lately (The kids liked them both while I enjoyed the first more than the second) and though I wasn’t as fond of the sequel, I walked away from it taken by this musical flip in attitude. 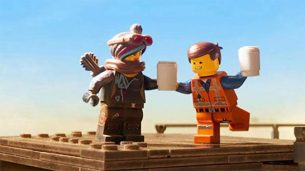 Because everything is not awesome. It does not always have to be. Sometimes things just being mundane, just being “not bad” IS okay. If every moment is special and spectacular, then nothing is. If we’re always feeling euphoria, then we’re never really experiencing it because we have nothing to compare it to.

And if we can have an awareness of this in our adult lives, or at least have it as an awareness to strive for, then why is it so much more difficult to have it for our children? Why do we have such high expectations of them, expecting them to behave with the life experience and perspective of an adult when they haven’t even gotten close to there yet?

I am by no means perfect and I often have to remind myself that I can have too high of expectations for our children. Sometimes the noise they’re making, the mess they’re creating, the just plain bouncing off the walls, is part of being a child. I can not, realistically, expect them to behave like little adults, with the outlook and perspective on their choices and behavior that I do, because they have not lived my life. They’ve got more than 30 years of living and experiences to go through before then. 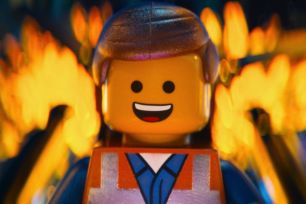 We get upset when they’re not behaving well all the time. We don’t look at it that way, of course. They could behave all day and then, when they finally slip, we get upset that they’re not acting the right way. We focus on that negative moment and boil over instead of having some perspective that the rest of the day went pretty darn well. How can we expect them to be good all day long when it sure isn’t possible for many of us adults to do? Appreciate the good moments, verbalize appreciation for it. The bad moments are going to come, but it becomes all too easy to let them overshadow everything else. Pick your battles. I’m trying to teach myself this currently.

They’ve got energy they need to get out. Sometimes it IS accomplished just by being over the top silly, wacky, rolling around on the living room floor, standing on their head, etc. Again, a battle I’m fighting with myself to let go of some of the times and not get bothered by.

Yes, we love them. Yes, they can still drive us nuts. Because yes, they’re children – children exploring their world, themselves, and everything under the sun as they gain experiences and perspectives that it has taken us parents a lifetime in which to achieve…and for many of us, we’re still working on ourselves.

So cut them some slack and ourselves too. Set the boundaries, but let them be kids. Pick your battles.

Because everything’s not awesome.

Things can’t be awesome all of the time

It’s not a realistic expectation.