It seemed like an era came to a close on PBS Kids recently, and if you’ve been watching Odd Squad with your kids (or maybe on your own, I do it. It’s okay. It’s a great show no matter how old you are), you know exactly what I’m talking about.

PBS Kids recently aired the Odd Squad special, Odds & Ends, which set out to answer questions that have been looming throughout the show’s entire season of odd-busting, and at the same time, brought one era of the show to a close while leaving the door open for a fresh new start.

Avast, matey! Scroll at your own peril! There be spoilers ahead!! 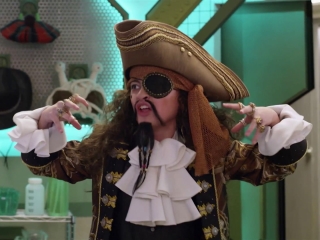 When the original Odd Squad duo, straight-laced Olive and goofball Otto (Dalila Bela and Filip Geljo), left the show at the end of the first season, audiences were introduced to a brand new dynamic with uber-optimist Olympia and the by-the-book Otis (Anna Cathcart and Isaac Kragten, respectively). From the start of the second season, audiences were told that unlike other Odd Squad cadets, Otis didn’t attend the Odd Squad Academy, leaving the door open to all sorts of questions as to where he came from.

Series mainstay Millie Davis continued to guide agents on their missions and paths as the big boss, Ms O, with Sean Michael Kyer also staying on for several episodes as scientist and resident gadget-maker Oscar, eventually exiting to pass the torch along to his protege, Oona (Olivia Presi).

Over the course of 35 episodes in its second season, Olympia and Otis used math skills to solve a myriad of wacky cases that ranged from houses being covered in jam to a man turned into a spaghetti monster, and continued to rack up Daytime Emmy wins for its cast and crew in the process. And all along the way, they and the roster of changing agents, scientists and others around them, the duo had series mainstay Ms O to guide them.

With this special, the show’s second season came to a close as Otis is put on trial for suspected treason against Odd Squad and on the stand tells the story we’ve been waiting for – just where he came from and how he came to Odd Squad. And in typical Odd Squad fashion, it turns out he was raised by ducks. Villainous ducks that in his heart he knew he had to stop, which brought him to Ms O, and eventually, to joining Odd Squad. Of course, Otis committed no treason and we learn that it’s really been the work of a mastermind under our noses the entire time – Agent Ohm!

Yes, Agent Ohm. The goofy, hapless, mucking up every case he touches Ohm, has really been a genius working from the inside to destroy Odd Squad this whole time. And what a delightfully fun turn of character for the young actor who plays Ohm, (Jaiden Cannatelli) to take on, cackling all the way. When all is revealed (and after some wonderful cameo appearances by regular Odd Squad rogues Mr Lightning, Jamie Jam and of course, Joshua Kilimnik’s Odd Todd along with a wham-bang, over the top opening with David Tompa’s delightful villain, Noisemaker) the dust settles, the end of the world is stopped and Otis (along with Ms O) are cleared. With the mystery solved, Ms O moves up the ranks from running one Odd Squad to all of them, and we get a nice farewell hug among the regulars before duty (and battle against giant Laser Chickens) calls.

Our son got a little misty as the special came to a close and I can’t say I blame him. He’s been watching Odd Squad since shortly after it debuted. More than four years later, he’s grown up alongside the characters he’s watched regularly on TV. He wondered what’s going to happen next, but I told him we’ll all have to find out together. I’m sure only show creators Timothy McKeon and Adam Peltzman truly know what oddness the future holds.

I’ve read online that a Season 3 is already in the works.. What that will look like, I have no clue, but it certainly will be a challenge to carry on in a post Ms O world. Young Mille Davis has been with the show since the very beginning and has been nothing short of a delight to watch in every scene she’s in. But then, I wondered how the show would carry on with the loss of Bela and Geljo as Olive and Otto, and went on to find Cathcart and Kragten incredibly charming as successors Olympia and Otis. Hopefully they’ll stick around, regardless of who’s in the boss’ chair, along with Presti, who has found all the comedic quirks over the course of Season 2 that developed her character, Oona, into a wonderful source of awkward comedy moments. So whatever the show’s creators choose to do, it’ll no doubt be fun. And odd. 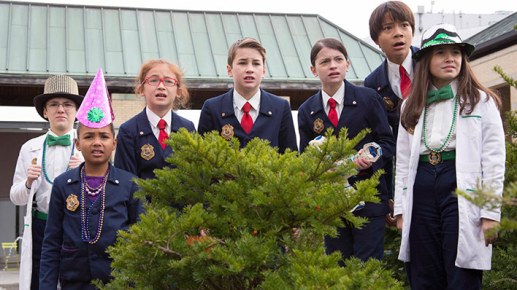 I’ve said it before and I’ll say it again, Odd Squad is the best family show for all ages on TV. Whether it’s our three year old, our six year old, or me, every episode is cleverly written, delightfully acted, and brilliantly put together in a way that delivers action, humor, and some great math lessons along the way. Did I mention that time that ⅗ of the Kids in the Hall appeared in a first season episode spoof of Clue?

So, seriously, tune in to your local PBS or PBS Kids station, download the free PBS Kids app to your television or electronic device and delight in all the oddness and fun. I promise, it’s hard to resist and you might just find yourself watching well after the kids have left the room.

What are you waiting for? Go!